The Importance of Non-Legal Skills in "Private Law" Disputes Relating to Children, Including International Relocation ("Leave to Remove") Cases 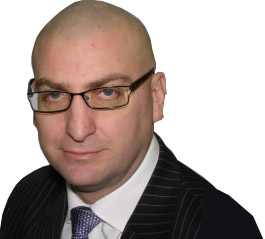 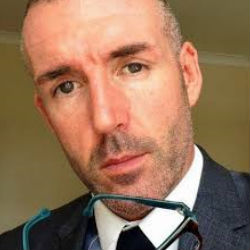 Despite the well-intentioned and very significant efforts invested by those involved in resolving private law children disputes within the family justice system (including, international relocation or "leave to remove cases"), I do not believe that critics of the system – mainly those parents unfortunate enough to be involved in it – are wholly unjustified in certain very important aspects of their criticism.

It is tempting to explain away this criticism as being the product of their feelings from the highly emotionally charged and threatening environment in which they find themselves advocating the well-being of their children, being transferred from their separated co-parent to the institution(s), agency(ies) and professional adviser(s) they believe have not listened and responded to their concerns for their child.

Such criticism frequently manifests itself in a sense of disillusionment with the family justice system and those who operate it, most commonly expressed in terms that it is discriminatory on grounds of sex, or that it has made matters worse for their post-litigation parental cooperation as a result of the adversarial nature of the litigation, or that it has exacted such an emotional and financial toll on the family that, whatever the court decides, the family has been left in a worse position than it was when it became involved in the litigation.

Whatever the family justice system does to address these criticisms, nothing seems to work. Although the opening up of the family courts to public scrutiny through greater access to the media is still work in progress, the likelihood of this development being an answer to such criticism can perhaps be gauged by a consideration of the criminal justice system. There, notwithstanding that public hearings are the norm, if the press is to be believed, it seems to have done little to reassure the public that justice is consistently delivered and is reflective of society’s values. In the family law courts, it is clear that what little interest the media had in sitting through lengthy court hearings of non-celebrity parents has already been lost.

Other critics argue for specific changes in the law to make it fairer for the child. Currently, these criticisms are most vociferously expressed by those opposed to the ease with which a primary carer can emigrate with the child in international relocation (or "leave to remove") cases – see, for example, the family law review undertaken by the Conservative party's think tank, the Centre for Social Justice, in "Every Family Matters" in July 2009 and the "reunite" report on international relocation by Dr Marilyn Freeman in the same month. Legislative changes alone – and Sir Mark Potter, the President of the Family Division, has confirmed his support for the present approach to leave to remove / international relocation cases articulated by Payne v Payne in a recent letter (extracts of which appear on The Custody Minefield website) – will never fully quash the criticism. Since a blanket prohibition upon leave to remove cannot be sensibly argued by even the most ardent opponents of the status quo, even if there were reforms so that permission would be granted only in exceptional circumstances, there would still be some parents extremely hard hit by the law.

What is it then that clients want from their family lawyers at potentially the most difficult time of their lives and regarding the most important issue in their lives – the determination of the well-being of their children? Drawing upon my personal as well as professional experience as both a commercial law partner and now full-time family lawyer (during the course of which, in addition to my own clients, I have spoken to many parents on a pro bono and second opinion basis), it is clear that the overwhelming feeling that parents have is that the application of legal skills alone leads to them experiencing acute feelings of disempowerment, disengagement, helplessness, not being listened to and paternalism.

This experience has informed my opinion that the following approach is essential to addressing these client concerns:

In achieving these aims, I have found it of fundamental importance to integrate my legal practice with that of those professionals who are solely focused on helping to identify, align and express the client's underlying beliefs, perception and concerns for the benefit of their legal case and to reduce anxiety and hostility that would otherwise generally occur. Based upon the success of this approach for my clients and me, it does seem peculiar why those professionals who are trained to have a greater insight than we, as the legal profession, into the human condition and, in particular, parental decision-making, are not more welcomed by family lawyers whose central concern is, by definition, the well-being of their clients.

The professionals to whom I refer are the various multidisciplinary "psychological" professionals, such as psychiatrists, psychological strategists, psychotherapists, counsellors and any other psychological professional with the appropriate skill set to articulate these matters and whose role it is to promote the emotional and psychological well being of their clients. Historically, "psychological" professionals have not worked closely together with lawyers in what, in my view, is an obvious area of co-operation, because they have been led to believe that their only function in family litigation is as a sole or jointly instructed court sanctioned expert. The infrequency of such instructions means that they are effectively excluded from any significant involvement in the family justice system. Secondly, lawyers and professionals of this type do not typically communicate effectively with each other due to their very different training and skill sets. Lawyers are essentially advisers in the context of rigid rules, a recipe for "black and white" thinking. Conversely, psychological professionals, in assessing the possible processes and motivations behind an individual's decision making and behaviour, are skilled in identifying the underlying complexity of each individual and the circumstances that have led to them instructing their legal professional adviser. The absence of input from such psychological professionals, save in those cases where there is a specific psychological or psychiatric concern, is extremely unfortunate since family breakdown and post-separation pare